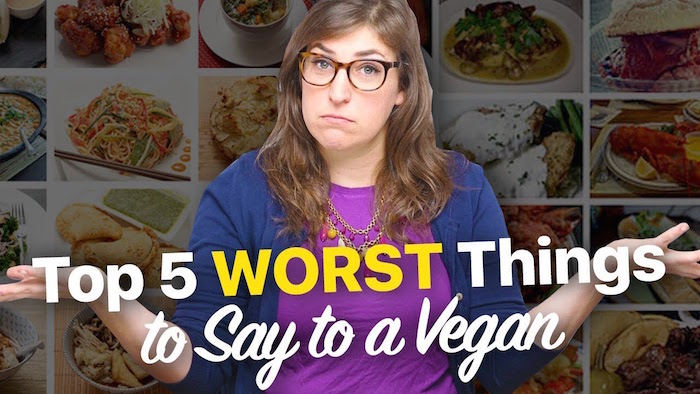 In a new video posted to The Big Bang Theory’s star, Mayim Bialik’s YouTube channel, she addresses 5 major myths about being vegan and she discusses why going vegan is a fun, healthy, and delicious choice.

You may know me her as Amy Farrah Fowler from The Big Bang Theory, or from Blossom, but Mayim, is an animal right activist and an outspoken vegan too! S

The recent video called “5 WORST Things to Say to a Vegan,” reminds us that we can get enough protein by eating animal-free foods like tofu, quinoa, and beans. And of course, there are plenty of delicious vegan choices from vegan cheeses to vegan sausages to satisfy your cravings.