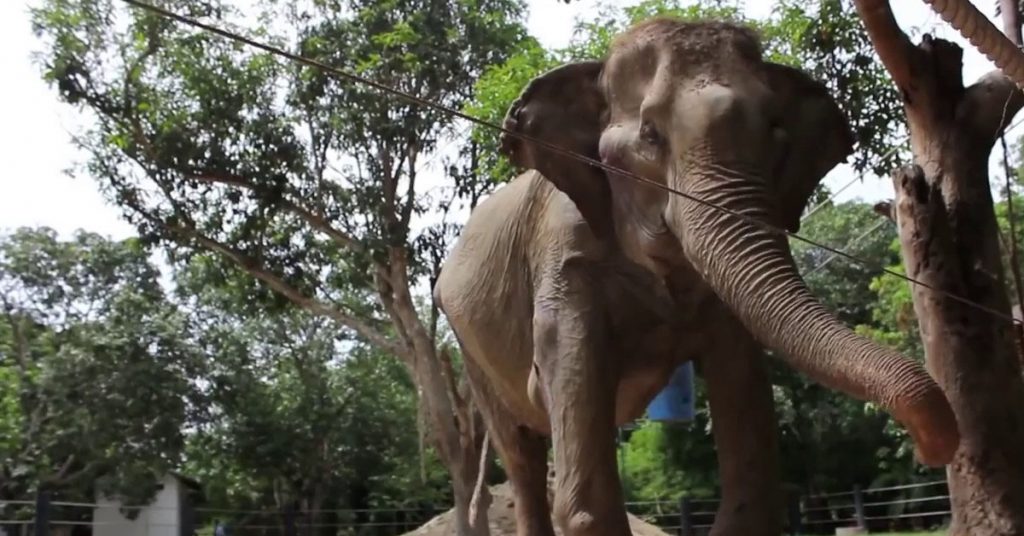 Elephant rides particularly in countries like Nepal, Thailand, Cambodia, and other parts of Asia are popular tourist activity.
In Thailand, elephants that were once revered are currently being treated like slaves. Only about 45,000 elephants have been left in the world. It is estimated that close to 4,000 elephants are being held captive in Thailand. Most of them have been relocated from their jungle habitats and are now being sold in the streets like equipment and made to beg, entertain tourist, or haul illegal logs.

Tourists flock to Thailand every year and capture moments with the adorable baby elephants or enjoy elephant rides. In an attempt to entertain tourists, there are some facilities that compel elephants to paint pictures or perform some circus tricks. But what most people forget about is that the industry tries to hide something. It is the ugly and dark experiences that these elephants endure them entertained.

Elephants in the jungle are very social and spend most of their time playing, eating, and swimming while communicating with other elephants in the herd. They travel for about 50Km in a day and are very active for the better part of the day. However, elephants held in zoos, shows, and camps don’t enjoy what is natural and very crucial to them.

Different from false and misleading claims by facilities that exploit them, elephants used in tourist trade are not domesticated and not very many have been rescued. Elephants that are exploited by the tourism industry are captive wild animals that have been beaten into submission and are manipulated through fear and domination.

Beaten and Broken
Most of the elephants captured in the jungle are taken from Myanmar. Traffickers take advantage of the elephants that have been battered and broken. They are driven into pit traps and their parents and relatives who try to protect them are either killed or captured too. Their more profitable babies are isolated into clandestine destinations. Both the elephants that are captured in the wild or born in captivity undergo unthinkable abuse and are exploited for the lucrative tourism industry in Thailand.

The body, minds, and spirits of baby elephants are trained through a cruel process known as . They are dragged from their still nursing mothers with blows and lacerations which leave them with severed injured and traumatized. Some even die during the initiation process.
Those who survive spend days in chains and servitude. They are denied adequate food and water. They are overworked to exhaustion and most develop pressure sores and other problems in their sensitive feet.
Although Thailand is the hot spot for this cruel industry, elephants throughout Southeast Asia endure similar treatments. Elephants in Myanmar, Cambodia, Laos, and Vietnam are traded, tortured, and imprisoned for tourist entertainments.

Caring Tourists
There are plenty of ways that tourists can experience the magnificent animals without such cruelty. Support organizations and sanctuaries like Boon Lott’s Elephant Sanctuary care and rehabilitate and wonderful creatures. Rather than hurting the elephant and paying for a ride, you can meet these amazing giants and listen to their heartwarming stories about their rescues.

How Can You Help
It is the cash from tourists that sponsors this cruel trade. You shouldn’t visit elephant camps or enjoy elephant rides in facilities that are not accredited. You should only visit the accredited sanctuaries and spread the realities about elephant rides with your friends and family. Inform them to keep off from such attractions that fund trades, tortures, or hold elephants in captivity.